Manhole Elevations in InfoSWMM and SWMM 5

Starting from the bottom of the manhole you have these regions of computational interest: 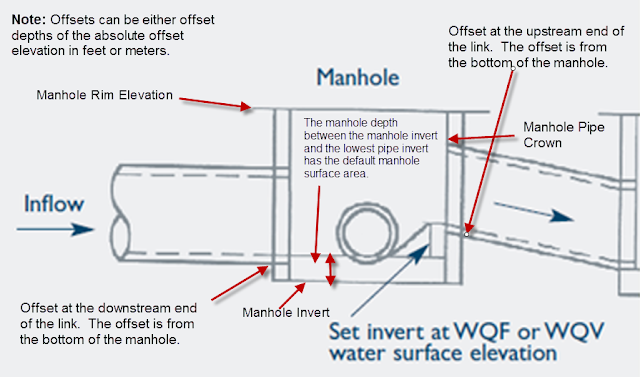