Via @Boonsri I Don't Make New Year's Resolutions, I Create Processes (And So Should You)

By Boonsri Dickinson
I spent 6 and a half years studying chemical engineering at the University of Florida and the University of Colorado at Boulder, writing out flow charts for industrial processes. Much of my time was spent thinking about oil rigs and pharmaceutical companies.
Earlier… 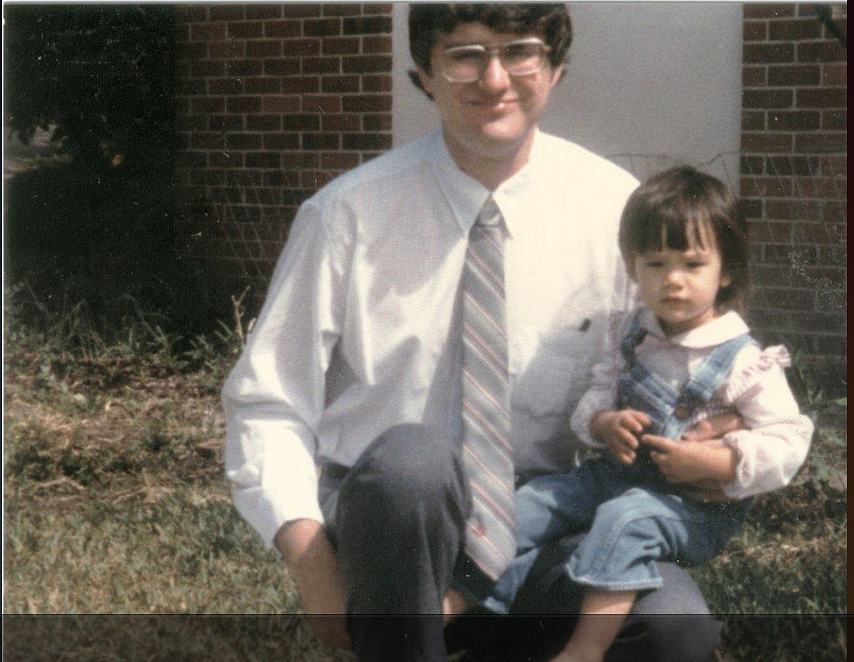 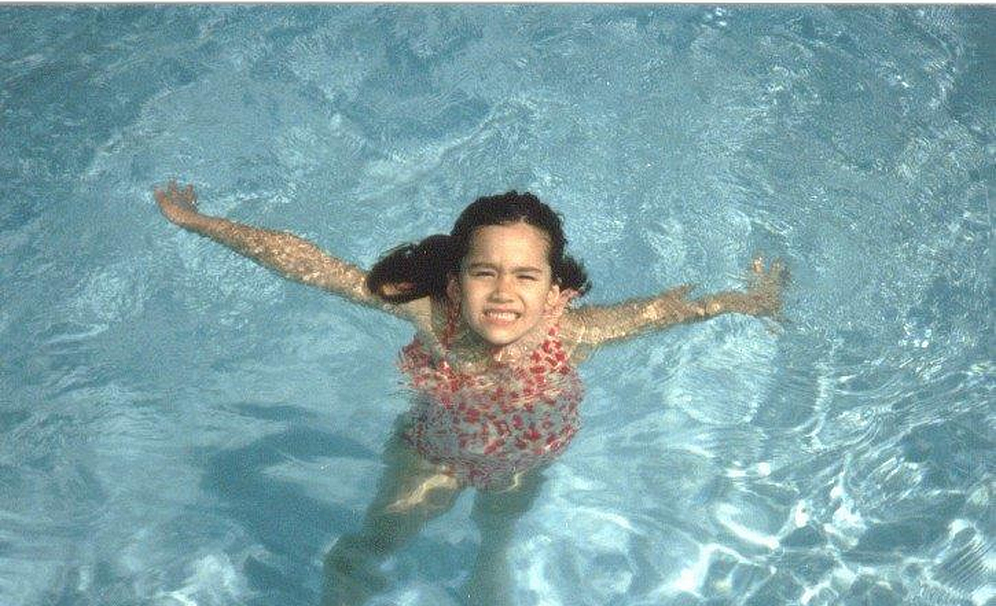 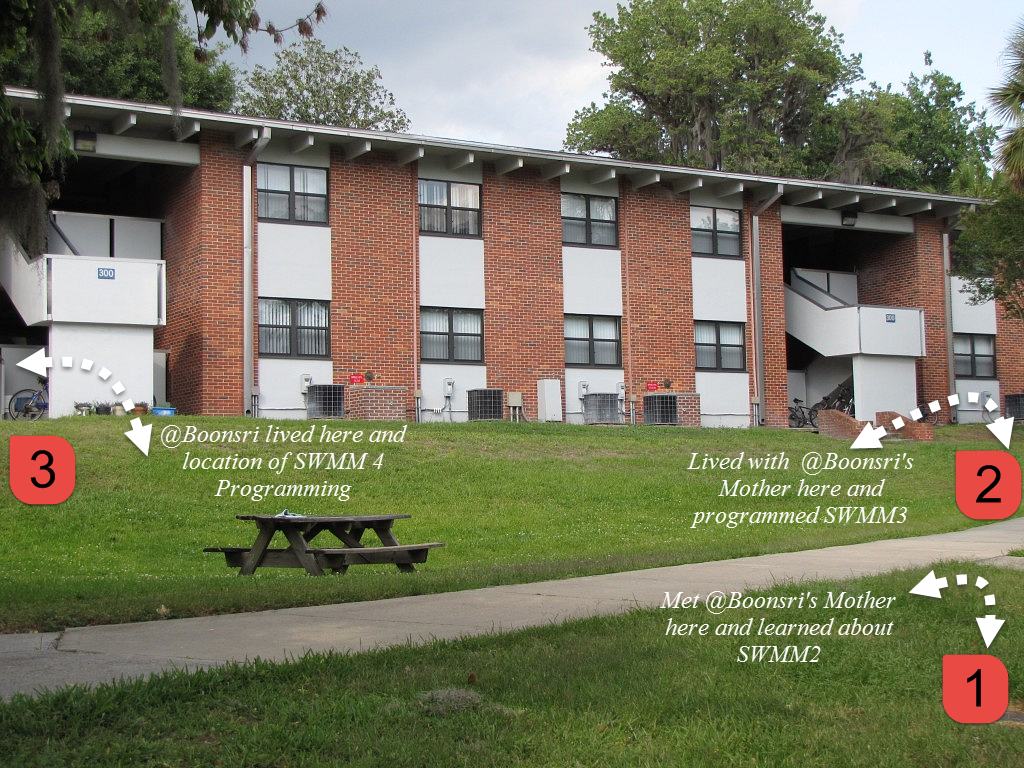 Here’s a photo of my dad holding me when I was super little outside my childhood home at The University of Florida. Yes, I actually grew up on campus! And the other photo is of me at the pool we always went to.
Read about my dad’s obsession with water.

My Dad is Obsessed with Water
He always has been now that I think about it. When I was a little girl living in Gainesville, FL, he would take me down a path less traveled to get to the pool.
We’d walk in the creek and through a tunnel, instead of walking on the sidewalk and on the crosswalk. He showed me that you can make your own rules. Through the daily treks in the creek, I learned that what is important is the adventure that you make for yourself, not the destination.

Watch the Elemental original story here: From Bacteria to Sperm, the Fascinating World of Low Reynolds Number Flows - it is not here, however.

So when my dad wrote this story about his 40 year career as an engineer, it got me thinking about why I decided to work in Jason Butler’s lab at the University of Florida while I was an undergraduate.
Why was I fascinated by water too? Growing up in Florida, with a culture that centers around sunshine and time in the water, I think water just becomes a need like anything else, one that you can definitely take for granted.
As I recall, it was the summer of 2005 and I was working in Butler’s lab, preparing a microfluidic device that would pump DNA through it. I had to get the experiment ready in the chemical engineering department, but would then have to venture out into the 90 degree weather to look at the flow under a microscope. Even though the experiments never quite worked the way I wanted it to, I always thought it was beautiful to watch the green, fluorescent DNA molecules flow through the microfluidic channel that was made specifically for me by a collaborating graduate student. I had access to the powerful confocal microscope, so I could see what was going on in this micro world and what I was seeing at that moment was a molecule that was breaking all rules that I have ever known about the flow of water as seen by my naked eyes. It was as if I was unlocking a world of possibilities in a world that was invisible to the real world and only I could see the phenomena unfold in the dark microscope room.
The fact that molecules flowing under low Reynolds number do not follow the same rules as the rules that govern the world we live in fascinated me. Molecules that move in low Reynolds number required their own set of rules to get around. Thinking about that is what kept me showing up that summer, even though the series of experiments I ran just failed again and again. I had nothing to show for all my hard work, except for experience. I didn’t know this at the time, but that is the whole point in doing anything. I only had to endure the failed experiments for one summer. Many scientists spend 20 or more years investigating a field of science before they begin to find promising results.
Besides my college lab project, there was always something else about the engineering department at UF that I felt a connection to. I practically grew up in the engineering building at UF because my dad was working in the environmental engineering department and would take me there when he needed to use the computers. I never really understood at my young age exactly what he was doing. All I knew was that he was interested in water and computers.

Watch a film I made, after my dad emailed me: “We love you and I hope you find your meaning and your love but you seem to have found your creativity and wisdom.”

After reading my dad’s most recent description of his work, I’m still not entirely sure what he does (just teasing Dad).
But one thing that he said to me always stuck with me: Do what you love to do and you’ll be happy. It wasn’t so much him telling me that as me witnessing him obsessively code the computer and wait for the simulations to take their course throughout the night, often times ignoring his surroundings. While he was in the same room, he seemed to inhabit a different world all together. Except when we went to the pool. His attention seemed to be completely present on walking in the creek to get there and also swimming laps in the pool. Going to the pool was a daily activity. I remember staying in the water so long, my skin got prune-like. In fact, we probably spent more time in the water, then we spent on land together. I’m happy to see that he’s been working on modeling water for 40 years and his interest in it keeps on growing. And that the code keeps getting more and more complex!

So when I published the Elemental original story about Howard Stone, a renown chemical engineering professor at Princeton University, I had this nostalgic feeling because I remembered my time in Butler’s lab. Remember the time I spent preparing experiments so I could study what would happen to DNA when I pumped them through microfluidic devices.
I sent the video story about low Reynolds number to my dad, and he wanted to write about Reynolds number because he is interested in it. He clarified that he wouldn’t scoop me and that he is interested in high Reynolds number, not low Reynolds number which seemed to capture my imagination.
And to think my dad’s interested in water began in high school, when he was just 17 years old. He learned about SWMM in a brochure from the University of Florida and he thought that working on water resources would be a good way to spend his professional career. So in many ways, that brochure influenced my childhood years, as I roamed around the engineering department at UF. But it also influenced my adventures: the creeks I explored, the pools I swam in, and the beaches I visited.

He actually made this to describe his career progression. You can follow my dad @RDickinson or @InnovyzeRobert on Twitter if you want to stay up-to-date on water related issues.

In case you missed it, also check out the Elemental original story about lego microfluidics: This is not here @Boonsri

I’m curious to know how your childhood and college experiences influenced your career and life decisions. Let me know in the comments!
at April 16, 2015

Email ThisBlogThis!Share to TwitterShare to FacebookShare to Pinterest
Labels: Dickinson, I Create Processes (And So Should You), Via @Boonsri I Don't Make New Year's Resolutions