The purpose of the Dual Drainage tool in InfoSWMM is to create a major or street drainage network on top of an existing pipe or what is called the minor network in  dualdrainage.  The created major network has a node (sometimes called the inlet node) on top of the existing minor network node connected by two  OUTLET links.  One outlet link takes the flow from the street and  passes it to the minor network node, the second outlet link  takes the surcharged minor network flow and passes it to the major network or street – the direction of flow is important (Figure 1).  The general purpose of the Captured OUTLET is to  use a head or depth equation to separate the street incoming  flow into captured flow and bypass flow 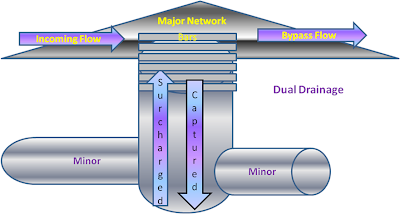 Figure 2.  How it looks in SWMM 5 with node, outlet and conduit elements. 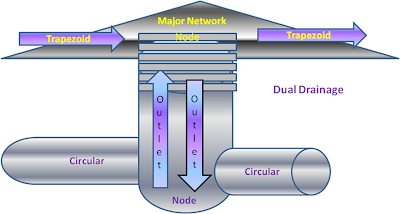